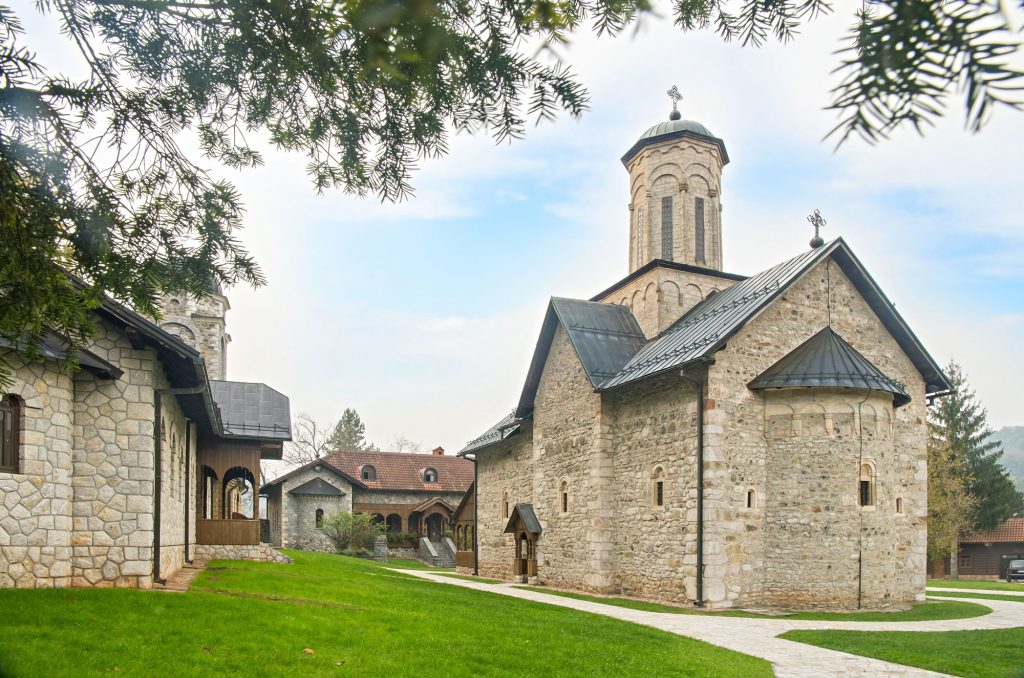 The Liplje Monastery is located at the base of the Borje mountain, along the Bistrica River, 25 km west from Teslić. It dates back to the XIII century and it is the endowment of King Dragutin.

The origin of the Liplje Monastery, like many other Serbian monasteries, is said to be associated with the name of Stefan Nemanja and St. Sava. The first reliable mentions of the Liplje Monastery originate from the second half of the 15th century, when the monks of the monastery and the neighbouring Stuplje Monastery entered their names in the Diptych of Kruševo. This book, which was in fact the Diptych of the Dobrun Monastery near Višegrad, was destroyed in the fire of the Belgrade National Library in 1941, making a closer dating of names of these monks impossible. However, according to this source, the Liplje and Stuplje monasteries are considered to have been founded before the end of XV century.

Today, the Liplje Monastery owns a small collection of ancient books, even though it had a significant book re-writing workshop back in the Middle Ages. The crown of the collection of printed books at Liplje is Trebnik, printed in the Mileševa Printing House in 1546, with 92 sheets preserved and with a long record that captures events of the XVIII century with a rare treasure of the painted antimins (liturgical fabric) from the first half of the XVIII century. The church was originally dedicated to St. Nikolaj and after its renovation in the XIX century – to the Annunciation. It was built with quarry stone, floored with processed stone tiles and has the characteristics of the Raška school of architecture.

Visitors can spend the night at the Monastery Konak and, since the Monastery owns a closed room with about a hundred places, it is possible to organize seminars and such gatherings there.