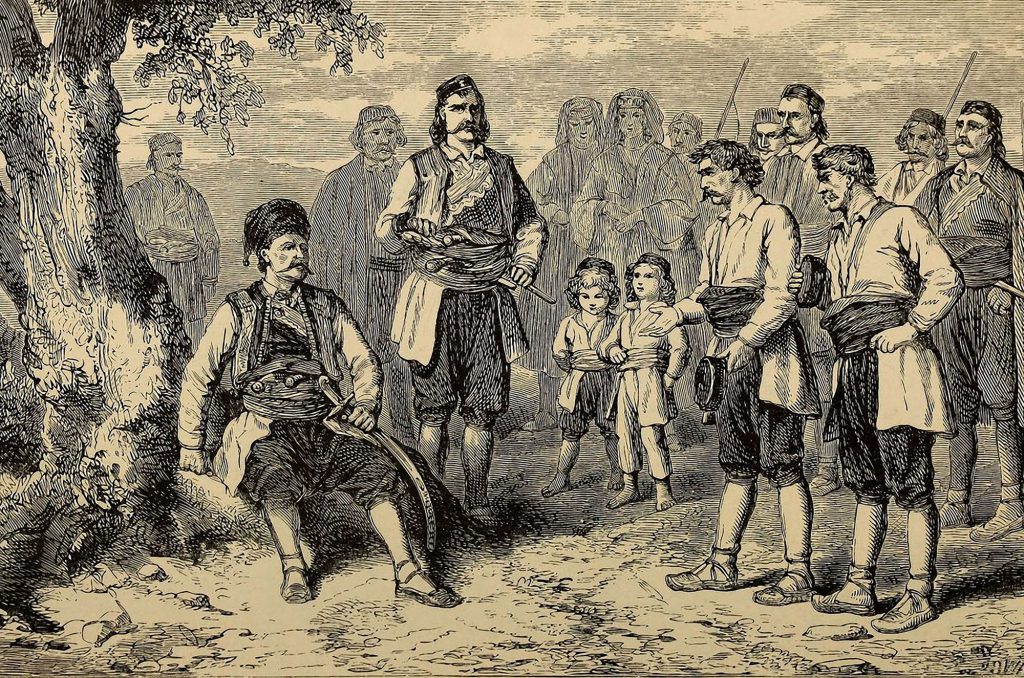 In the past, the Borje mountain used to be a home to the outlaws, the so-called hajduci, who fought the Turkish merchants and protected the poor. The best known outlaw in this area was hajduk Kosta, who has been claimed for centuries that he had made the Turks bring the tuff stone from the area of Vrbanjac for the repair of the Liplje Monastery. During the summer, outlaws used to stay in forests, while in winters, they were staying at outlaw harbourers, the so-called jataci. These outlaw harbourers were providing a shelter to the outlaws in winter and, in return, the outlaws provided them protection. “At St. George’s Day the outlaws meet, at St. Demetrios they depart.” The outlaws were organised in outlaw groups, run by a leader, the so-called harambaša, who was chosen for his exceptional physical skills, experience and intelligence.